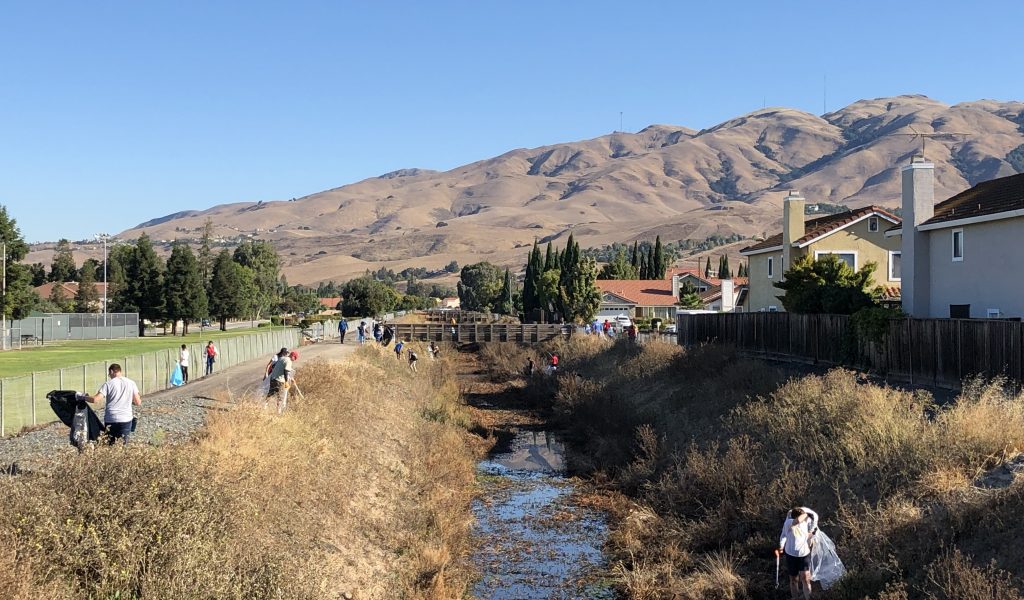 Thank you for joining us on Coastal Cleanup Day 2022!

Our next cleanup is National River Cleanup Day on Saturday, May 20, 2023!

Sign up here to be notified when cleanup registrations open!

Can’t make it to an in-person cleanup site? Try a self-guided neighborhood cleanup!

Pollution prevention starts at our front doors. Trash from around our neighborhoods can travel through storm drains, creeks, and rivers to become Bay pollution.

Help be the solution to water pollution!

National River Cleanup is a national day of action to protect our rivers, watersheds, and wildlife from trash and debris. Since its inception in 1991, American Rivers have engaged more than 1.3 million volunteers who have participated in thousands of cleanups across the country, covering more than 261,000 miles of waterways and removing more than 32.5 million pounds of litter and debris.

Coastal Cleanup Day is an international day of action to protect our oceans, watersheds, and wildlife from trash and debris. This massive volunteering effort has an astounding impact on many of our local natural habitats and communities. In 2019, the Ocean Conservancy reports that nearly 800,000 volunteers collectively removed more than 20 million pieces of trash from beaches and waterways around the world.